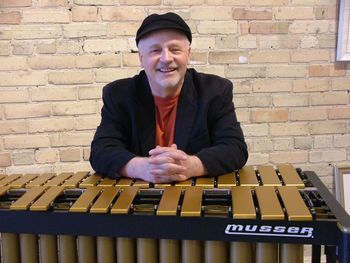 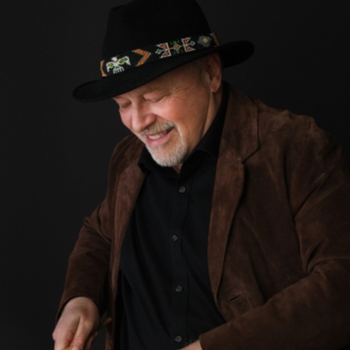 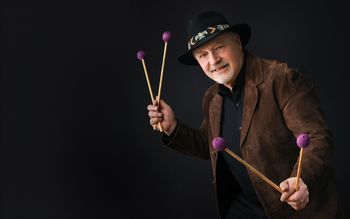 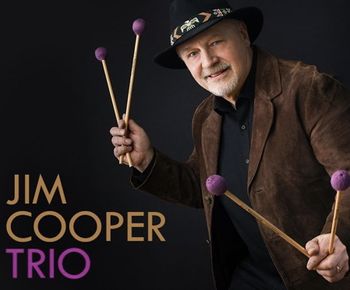 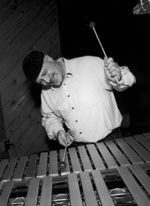 Jim Cooper has been playing the vibraphone for over 50 years, leading numerous groups as a soloist and as well as sideman.  All Music Guide has called Cooper, “a very good player of standards and originals and deserving wider recognition."  Over the years, Jim has performed with jazz greats  Frank Wess, Milt Hinton,  Ira Sullivan, Buddy de Franco and Jon Faddis and the Chicago Jazz Ensemble, as well as musicians around the midwest.

He hooked up with the legendary Ira Sullivan in 1991, releasing two CDs on Delmark Records, Tough Town and Nutville.  His additional CDs as a leader include Itchin' to Groove, Trio Musik, Chi-Town Sessions and his latest, Make Someone Happy, which features an outstanding Chicago quartet with multi-instrumentalist Ira Sullivan.

Born and raised in Chicago and now living in West Michigan, Cooper's played drums and piano which led him to the vibraphone while studying music in college.  He bought his first vibraphone at a music shop in Detroit when he transferred  to Michigan State University for a year. Heading back to Chicago, he hooked with drummer and free spirit Pancho Vera, blowing free jazz in the basement, into the wee hours of the morning for years.  He took advantage of Chicago's rich music scene by going to south-side jam sessions in the 70s, which led him to the northside, forming a band with pianist and composer Bob Dogan.  The Jim Cooper/Bob Dogan Quintet was a mainstay Chicago  jazz group in the 1980s and 90s plyng at all the main jazz clubs and festivals.   He also worked with many top jazz players including Wilbur Campbell, Jodie Christian, Robert Shy, Ira Sullivan, Gene Esposito and many more.

Jim received his M.M. degree from Northern Illinois University and teaches music at Lake Michigan College in Benton Harbor, Michigan.  He has taught vibes at Northwestern University and for the Jazz Institute of Chicago.  He also endorses Musser vibes and Mike Balter mallets.

“. . . the more you listen, the more you appreciate the quiet but marked strength of Cooper’s style . . . he impresses with his stylistic range and the harmonically assured manner in which he draws his fellow players together.”

“Cooper is not just a strong soloist but an accomplished band-leader as well, he played with a degree of subtlety and craft one does not often encounter in the work of performers far better known than he.”

“There seems no limit to the range of Cooper’s moods and themes: he delves deeply into each tune, from bop to bossa, and maintains openness through his warm, unfettered lines.”

“. . . nothing tricky, nothing overly glossy, and nothing so sophisticated that it’s lost touch with the streets.”

“Cooper gave the evening the sort of depth of modern jazz knowledge you’d expect from a Chicagoan.”....masterful vibraphone playing..."

“When the mallets are in the hands of the exceptionally talented Jim Cooper, it’s an extraordinary and inspired performance vs. the mere ordinary!

“...a very good player of standards and originals...deserving wider recognition."

"Cooper never missed a note, and never mind he plays traditional two-mallet style,  the man is as smooth on the vibraphone as a baby's hand in the breeze."